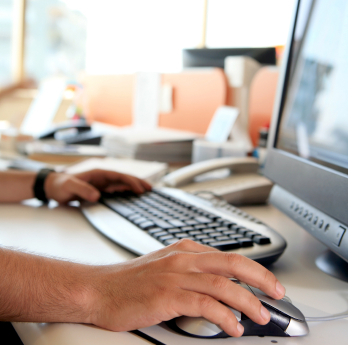 Before the advent of the internet, finding proof of infidelity often fell to the hands of the private investigator and a telephoto camera lens. Yet, with today’s technology, from spyware to GPS trackers, spouses can play private investigator themselves. Software such as Spector Pro and E-Blaster, that captures chats, instant messages, emails, websites, keystrokes, and screen shots and are either saved to the computer or sent to a remote location, can be easily installed on home computers. GPS trackers, costing between $100 and $400, can provide incriminating information on a spouse’s whereabouts. Evidence obtained through these methods, such as graphic emails confirming an extramarital affair or a log of a spouse’s visits to a new lover’s home, can make or break a fault divorce. Additionally, the evidence may be useful for other matters in a divorce, as Jason Brown of the Minnesota Divorce & Family Law Blog points out. Attorney Brown highlights on his blog that information about who your spouse is exposing your children to can be extremely valuable in assisting the court in determining the best interests of your children. Child support and alimony cases can also benefit from information about your spouse’s employment and work patterns.

But is the evidence that you collect admissible in court? And even more importantly, is gathering information in this manner legal?

New Hampshire is one of 15 states to pass anti-spyware legislation. RSA 359-H criminalizes knowingly causing a computer program or spyware to be copied onto the computer, on which the person is not an authorized user, and using the program or spyware to collect personal information “through intentionally deceptive means, such as through the use of a keystroke logging function, and transferring that information from the computer to another person.” However, the statute does not provide for a blanket exclusionary rule with regard to whether this intercepted information may be used as evidence at a civil trial. Whether the evidence comes in is left to the discretion of the court.

Other states have upheld a trial court’s ruling to exclude the evidence. In Florida, a wife, using the Spector program, secretly installed the spyware on her husband’s computer and was able to capture entire conversations the husband had had with another woman. The husband discovered the program, and asked the court to prevent the wife from using the evidence. The trial court ruled, and the appellate court agreed, that although the state and federal wiretapping statute did not have an exclusionary rule, the court had the discretion to exclude the evidence because it was obtained illegally.

Whether the evidence will come before the court comes down to the facts surrounding how the evidence was obtained. Was the spyware installed before or after the separation? Was the spyware on a family computer that both spouses used or had access to? Arguably, evidence obtained from spyware installed by an “authorized user” onto a family computer prior to a separation would be admissible. However, installing spyware onto a spouse’s workplace computer would probably produce evidence that would be excluded because it was obtained illegally.

GPS trackers on the other hand are not covered by a specific law such as the wiretapping or spyware statutes. However, some law enforcement agencies have taken the position that placing a GPS tracker on a spouse or ex-spouse’s vehicle is stalking and have brought criminal charges against the tracker installer. The Nashua Police recently charged Kevin Merritt with misdemeanor stalking after he installed a GPS tracker on his estranged wife’s vehicle and used the information to follow her to various locations. Whether the police would prosecute and the court would allow the information to be used as evidence would come down to the specific facts of the case, including how the information gleaned from the tracker is used and who owns the vehicle.

In the end, the muddy waters of electronic information gathering require the advice of an experienced attorney to help navigate the specifics of your situation. Contact Crusco Law Office, PLLC to schedule an appointment to discuss your New Hampshire case.